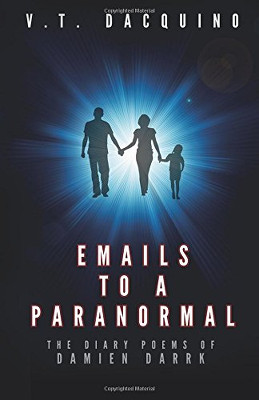 Do dead people live here? Seventeen year old David knows they do. His father had been teaching him how to communicate with tortured souls and had been helping them to find the Light. But his father was killed in a head-on collision on Halloween night and he has not heard from him since. In desperation, David creates the pseudonym “Damien Darrk” and uses his skill for writing diary poems to reach out to a popular paranormal to get answers to the questions his father is apparently not able to give him. Is the ghost of the nine year old girl that appeared recently in David’s closet finally a message from his father? What is she trying to say? Why does she crawl through him and enter his dreams? What does her tragic story mean? Is she just another spirit in need of his help? When Katie, the daughter of a friend’s cousin, comes onto the scene as a blind date for the senior Ball arranged by David’s mother, answers begin to fall into place. Is Katie’s sudden appearance a coincidence? David has learned early that in matters of the paranormal, there is no such thing as coincidence. Slowly, the young ghost in the closet gets a name and a purpose—and so do David and Katie.